my day with the mayor of cleveland. 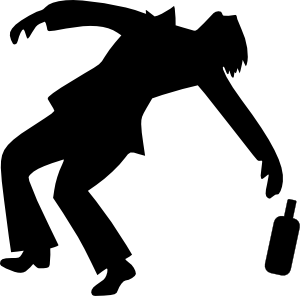 The Mayor of Cleveland came by last week. I awoke at 6 a.m. to the sound of him honking his car horn repeatedly and rather than let him further disturb the quiet, Amish neighborhood in which I reside, I jumped in the back of his impala and we raced off into the crisp morning air. As we sped down the country back roads, the sound of his glass-packed muffler shook the windows of sleepy houses. Old farmers in horse drawn buggies reined their teams tightly and shook their fists as their daughters hurled their bonnets spitefully after us in disgust.

The mayor looked at me with that evil, bloodshot gleem in his eye that he gets after several sleepless days of non-stop rampaging and though I could not smell him in the cold rush of wind coming through the car windows, I knew he reeked of gin and cheap perfume.

“Mister Mayor, do you think we could slow down for a minute and talk about why you’ve gotten me out of bed at such a…”

I was interrupted in mid-thought by the loud, rhythmic smashing sound of mailbox after mailbox impacting against the large, golden key to the city which the mayor swung casually in his left hand, like some kind of crazed, polo-playing juggernaut.

We careened into the square of a small town somewhere south of Cleveland proper. The impala screeched to a halt and before I knew it he was out of the driver’s seat and was standing on the edge and looking down into a fountain. I followed him and peered into the rippling waters, hoping to spy the thing which had so abruptly captured his attention.

“Whoa there buddy, gimme some space, I got a shy bladder.”

I backed away awkwardly, “Um, mister mayor… should you really be peeing in there?” I looked around nervously and jerked as I felt a hand on my shoulder. Formulating an excuse for the mayor as I turned to face what would surely be yet another angry sheriff, I was surprised to see a pair of scantily clad ladies smiling and giggling. He had, apparently, brought us here to rendezvous with some strippers that somehow played an integral part in his yet unrevealed plan.

“Let’s go!” said the mayor, hurling an empty gin bottle and simultaneously spinning to scoop up the two showgirls about the waists and skipped drunkenly toward the car. I rushed to catch up as he gunned the engine and a squad car slowly rounded the corner. “C’mon slowpoke!” He shouted my way and he grabbed the scruff of my bathrobe to haul me through the car window into the laps of the cackling girls.

As the squealing of his tires gave way to the sound of a wailing police siren which faded steadily into the distance, I knew two things. First, that there was no cop alive who would catch us today in the mayor’s souped-up muscle car, and second that our easterly direction of travel and the multi-day binge, which his honor was obviously on the tail end of could mean only one possible destination… the zoo.

I checked the date on my watch and made some quick calculations. Yes, it had been nearly four months and if the mayor didn’t see some elephants soon, the city would pay a heavy price. He gets like this at least three times a year. I’ve never ascertained exactly why. The rest of the time he is the genteel, baby-kissing, glad-handing mayor of Cleveland, polite, kind and mild. But for some unknown reason, when the mood takes him, he changes suddenly. He becomes a liquor-swilling butt-grabbing cretin who will rampage and wreak havoc continuously until he is somehow irresistibly drawn to the one thing which will restore order to his reckless state, the Cleveland Zoo. It’s not the zoo itself, so much as it is the right combination of gibbons, bears and tapers that somehow calms his fevered brain. Something about the smells or sounds or the feel of the polar bear’s fur under his naked cheeks as he rides it around its cage, restores him. Something about the frightened shouts of the zoo keepers, whose silence I must repeatedly buy through bribery and elaborate blackmail… some unknowable combination of all these things returns him to sanity.

It is my sad lot as it was my father’s before me and his father’s before him and so on through history, all the way back to our underground society’s first sentinel, Benjamin Franklin, to guard the welfare of the city of Cleveland by standing ever ready and vigilant, never shirking our sacred duty lest there be a repeat of incidents like the great Chicago fire or many other such unfortunate reminders of why each mayor must never be far from his appointed handler who knows the secret trigger which will avert disaster.

To those unsung few who, at the appropriate time, usher their mayor to just the right bowling alley, or deliver to him just the right sandwich, or sing him just the right Credence Clearwater Revival song at the critical moment… to those few, my hat is off. Fight the good fight, my brothers and sisters in noble secrecy. Mayors everywhere are depending upon us.

Does anyone know how to get walrus wee out of vinyl car upholstery?

Afterlogue:
Upon completing this important work of non-fiction, it was brought to my attention that certain elements might be interpreted as sexist. Particularly the parts where I refer to all mayors as “he” are at risk for this misinterpretation. Please let me explain:

1) This piece, though it is true and accurate down to every last detail, is a work of comedy. Rhythm and economy of language are critical to humor. It would be unwieldy to write, “each mayor must always be near his or her handler so that he or she can…” etc. This would not be nearly as funny to read. Trust me. I am a professional.
2) No “handlers” are currently assigned to female mayors in our organization. They do experience this cycle of irrational insanity and destruction as well but the cycle runs at more frequent, monthly intervals and no amount exposure to zoos can save us.

To find out more about politicians, temporary insanity and Benjamin Franklin, visit your local library.